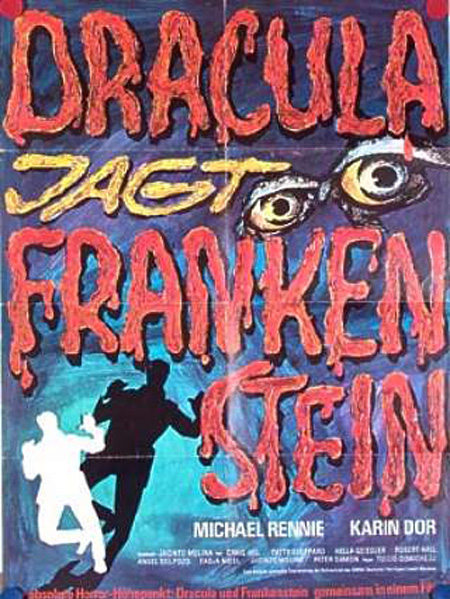 Los Monstruos del Terror (English: The Monsters of Terror), also known as Dracula vs. Frankenstein, Reincarnator and Assignment Terror, is a 1970 Spanish-German-Italian horror film directed by Tulio Demicheli, Hugo Fregonese and Eberhard Meichsner. The last two were uncredited in the film's original print. It is the third in a series of movies featuring the werewolf Waldemar Daninsky, played by Paul Naschy. It was originally slated to be called The Man Who Came From Ummo, referring to the Michael Rennie character. An English language one-sheet exists for this film, bearing the title Assignment Terror, so AIP may have theatrically disttributed the film in the U.S. It was shown on American late-night TV in the 70's as Assignment Terror, and was later released on VHS as Dracula vs Frankenstein (not to be confused with the infamous Al Adamson film of the same name).