Join the Griswolds as they vacation in Rapeville, USA. OK, so it's not exactly a vacation. Joe Davian delivers that East Coast porn sentiment with one of his many hour-long forays into sexual aggression and depravity with Appointment with Agony (AWA). With almost no plot or setting, Davian brings the viewer into a jovial carload of thugs and one Afro-sporting white chick. They are giving a lift to an unaware waitress (Vanessa del Rio) who is shocked into reality when the gang drags her into their hideout, ties her to a bed stripped down, and summarily go after her from a number of angles.

After a night with the waitress, the group takes the morning off to relax, play guitar and sing [?] They hatch a plan to find more victims. The scene turns to a family heading for vacation - mom, dad, and two horny daughters who've already been shown to be flashing each other in the back of the van. The leader of the gang flags them down on the road with a story about a sick companion and the need of their assistance. He then pulls a knife on the unsuspecting father and forces him to drive to an abandoned house. The group ties up the clan and assaults the mother; forces one of the daughters onto her father, and eventually takes turns with both daughters. 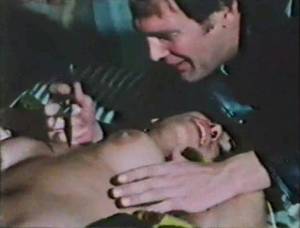 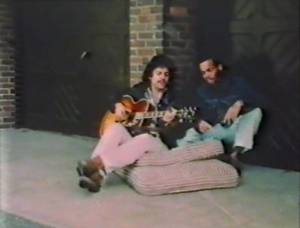 After a full day of rape, the mother escapes to alert authorities (not shown). The film cuts to the ring leader who is playing his guitar behind bars and lamenting over his capture. The final scene shows the family continuing on their vacation and recounting their experience as a "close one." Apparently, they've found stasis.

Vanessa del Rio is striking for the time. The only other "pro" appearing in AWA is Susaye London who was fairly active in the 70s porn scene. This film was possibly more aggressive for its time, but by modern standards its fairly tame. There are a few fun moments especially when the father pleads with one of the group, "I know you're a gentleman. You look like a gentleman. Please don't hurt my daughter!" Prior knowledge implies that he is definitely not a gentleman. Although the film's ending is rather nonchalant, AWA is not without resolution. The film is book-ended with scenes of the leader behind bars (he opens the film with a song). Is it a cautionary tale? Who cares.

If you're into rough sex films from the mid-1970s you should definitely check this out however you must choose wisely as these films are ubiquitous for this period. There are definitely better ones out there.