< Another Day, Another Man

Gigi Darlene as Meg is back! (Although I assume it's a different character) And this time she's jazzed about her fiancée getting a raise so the two of them can strike it rich. At least, compared to Meg's friend/roommate, Tess (Mary O'Hara) who's just really feeling down on her self and her escort job which is run by Burt (Sam Stewart). Unfortunately, things come crashing down when Meg's hubby, Steve (Tony Gregory) gets diagnosed with a sickness (I don't recall what type of illness was mentioned) but it leaves him bed-ridden for months and the medical bills start piling up. This leaves Meg to make quick cash as an escort girl and you know a tragic ending is on the horizon. 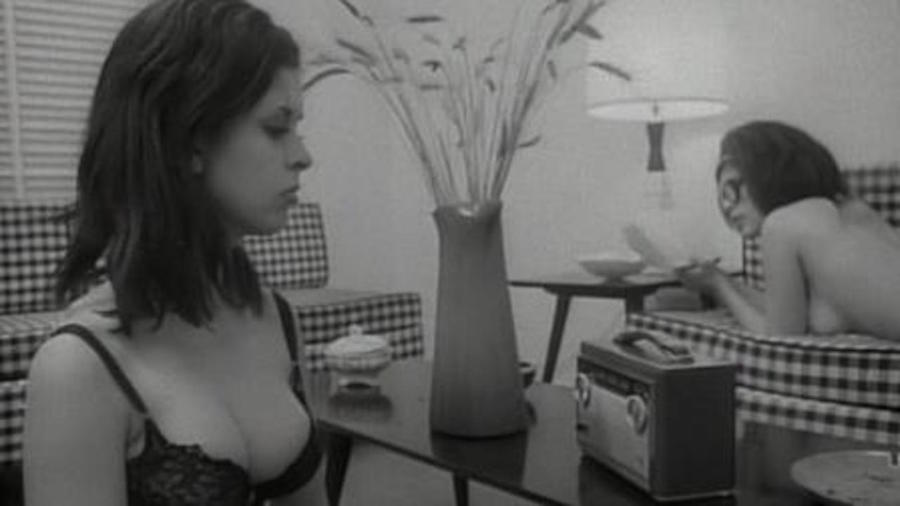 ANOTHER DAY, ANOTHER MAN is much more dialogue-driven than other roughies Doris Wishman appeared to make around this time. And really, all you have to do is watch the trailer to check out all the sex and violence because there isn't a whole lot that was left out. And as with other early Doris Wishman films, this is another one that was shot without recorded sound so the dubbing afterwards tends to make the movie more funny than what was originally intended. One personally amusing moment for me was in the middle of the movie when Burt suddenly has a dream/flashback and tells the viewers of when and where he first grabbed a certain batch of his call girls. Burt's dubbed voice is hilariously reminiscent of those narrators that you might've heard on Tex Avery's MGM cartoons. Hell, I'd recommend this movie just for that scene alone.