Feeling that his biker-gang days are over, Angel (Don Stroud) gains approval from his gang leader, Pilot (Larry Bishop) to break free from the gang and to venture out into the world. While picking up gas in some remote hicktown, Angel notices a pair of hippies being harassed by some rednecks. Sticking up for the hippies, as well as having his eyes set on a hippie cutie (Tyne Daly), Angel agrees to start his new life in the nearby hippie commune run by Tremaine (Luke Askew). As Angel later finds out, the rednecks have been causing hell to the hippies since day one, but once Angel draws blood during a fierce battle, the rednecks demand that there will be all-out war by the end of the week. Outnumbered and desperate, Tremaine gives Angel the idea to invite his former biker-gang for protection. Angel's very hesitant at first, but agrees to go through with Tremaine's offer. The biker-gang shows up and unexpected rowdiness ensues. Will Angel be able to tame the gang and emerge victorious over the rednecks? 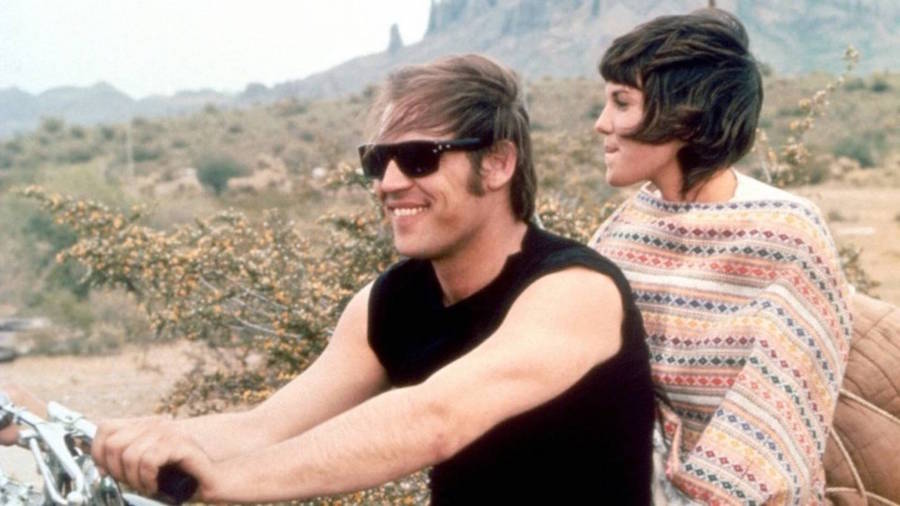 I gotta admit this one was quite a pleasant surprise. Despite a few obligatory romantic interludes, the pacing of this movie really didn't waste no time meddling around with other things. And even the usual type of sequences found in many biker movies like N.E.P's (Never-Ending-Party sequences) and O.R.M's (Open-Road-Montage) are shortened considerably. Everything had cut to the chase quite well. And one plot development involving the biker-gang during the 2nd half of the movie that I was CERTAIN to occur surprisingly didn't happen (And if you've seen Bucktown or The Black Gestapo, you might know what I'm talking about) although there certainly was some hints at the gang having thoughts of betraying the hippies, they have to have their battle with the rednecks first. Which brings me to the action sequences. Led by the era's stunt legend, Budd Ekins, the big brawl in the end doesn't let down and there's a number of rewind-worthy stunts involving flying bikers and crashing Dune Buggies. To top if off, a few SEVEN SAMURAI nods can be found in the movie which brought a smile to my face. With a simple and involving story along with decent performances and brisk action (both in cinematic terms and physical activity) this one gets it's job done as good entertainment.