And Now The Screaming Starts/Review

< And Now The Screaming Starts

One of the best things about Hammer and Amicus period horror films is the warm feeling of being trapped along with the cast in a dank old mansion in a rainy corner of the English countryside. There's something that gets me nostalgic about creaky spiral staircases, the roving eyes of ancient family portraits, and ghosts that yearn to expose their troubled pasts. Films like Horror of Dracula (1958), Captain Kronos: Vampire Hunter, and AIP's Poe-inspired series all showcase the elaborate (albeit small and budgeted) sets, heaving bosoms, and sordid family secrets that mark the genre's highpoints, much of which are mirrored in the well-meaning and underrated And Now The Screaming Starts. Unfairly maligned, this "old dark house" film is quite fun and fast-paced, perfectly blending modern violent excesses with the familiarity of previous gothic horrors. It may not be the best of its type, but it's perfect for a Saturday afternoon and even packs a few unexpected scares along the way.

Days before her marriage to Charles, a member of the wealthy and well-respected Fengriffen family, Catherine is introduced to his family's estate, a crumbling landscape with an eerie graveyard and a shocking secret. While checking out her new digs (which look extraordinary for the budget) and walking the sprawling hallways, she's drawn to a portrait of the dark and mysterious Henry Fengriffen, Charles' grandfather. As she stares at the painting, and Henry's brooding eyes force her into a deep trance, a hand jumps from the canvas at her throat and quickly disappears. 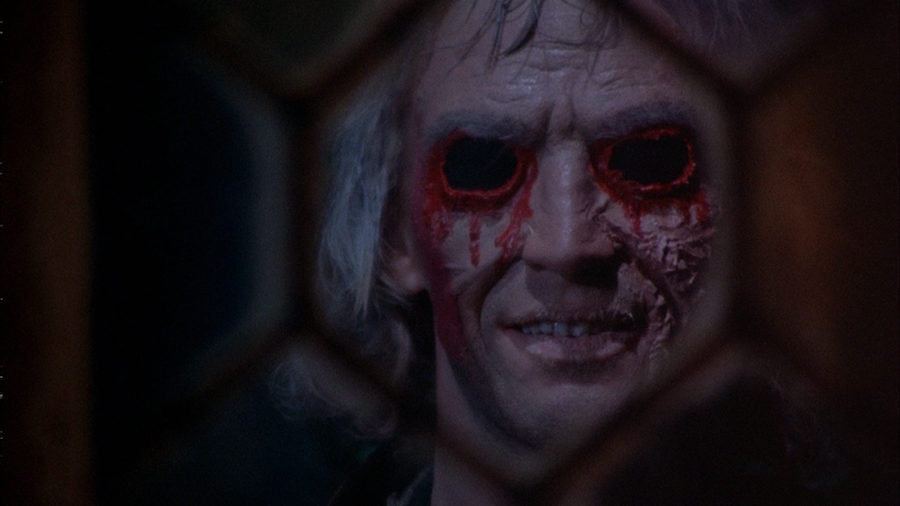 Later than evening, as she lies in bed, the hand comes for her again, exposing its bloodied and eyeless corpse along the way. Although Charles claims that her imagination is getting the best of her, the house staff isn't so sure, and they struggle to restrain themselves from exposing the truth behind her night terrors, or the identity of the lurking woodsman on the estate, Silas.

This original and intriguing tale is quite well-written, with an exceptional cast to boot. Patrick Magee is great as usual as the family doctor, showing a little of his usual flair (or overacting, whichever you prefer) and Peter Cushing gives it his all, even though he's mostly confined to the final 40 minutes. The murder scenes are also respectably gory, never going overboard, but mirroring the status quo of the 1970s. The ending revelation is a bit obvious, but inevitable, and features a pretty "disarming" flashback sequence. Overall, it's a tasty little gothic number from the Amicus crew that will please genre completists and the casual horror fan alike.