Anatomy of a Psycho

Anatomy of a Psycho (1961, USA) is a Horror film directed by Boris Petroff. 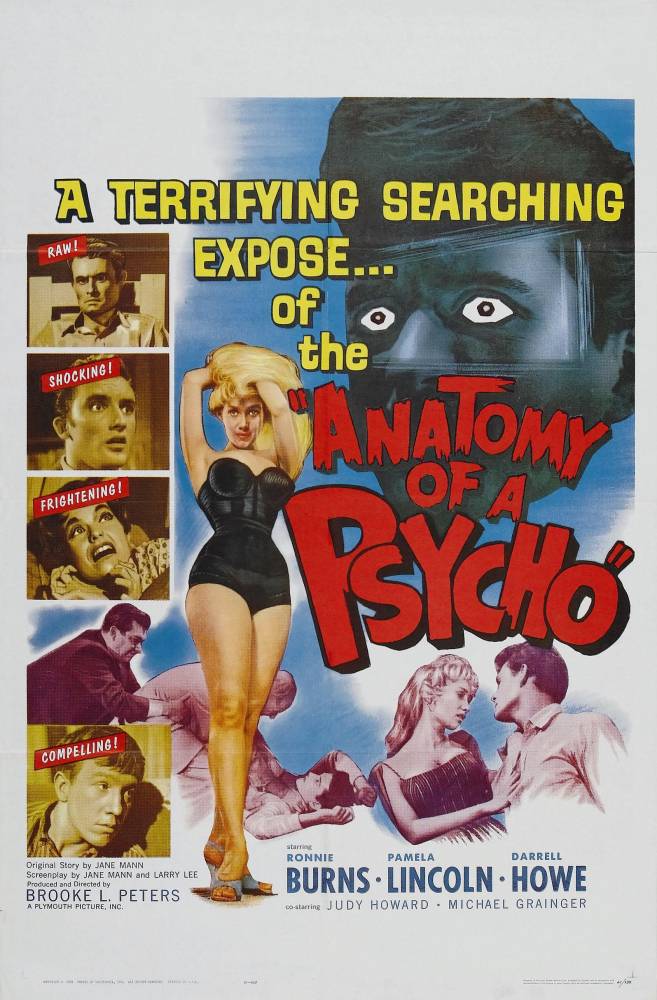 Wood reportedly contributed to Jane Mann's screenplay as Larry Lee. The film uses music originally used for Wood's Plan 9 From Outer Space (1959). Ronnie Burns, adopted son of George Burns and Gracie Allen, plays the lead. After his brother is sentenced to death at a trial, teenager Chet increasingly experiences paranoia and psychosis, which not even his sister, best friend or girlfriend can relieve. Ultimately losing touch with surrounding reality, he assaults the son of the prosecuting attorney. However, Lieutenant Mac, a local police officer, discovers Chet's involvement and hunts him down, leading to a tragic denouemen