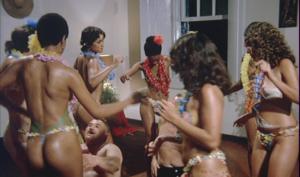 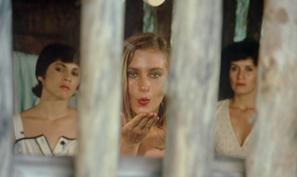 A White Slavery Trade business is operating in a private ranch somewhere deep in The Amazon. The man in charge of this business, Edgar (Looking a bit like Lemmy from Motörhead) appears content with the success he's been having. But he's receiving flack from his partner-in-crime (Who happens to be his wife) on ditching this idea before they eventually get caught. Neighboring Edgar's mansion is the "Amazon Jail" where the women are being imprisoned (Which is no more than a wooden shack) Inside the jail, the character of "Betty" is planning a break-out. The plans for a break-out aren't far-fetched given that Edgar's nephew is in love with Mary and will help her and the other girls succeed in getting out. When the date is set for the escape, the nephew tells Mary to meet him at the "Gold mine" located deep inside the jungle. The problem is that both the nephew and Betty have never been to the Gold Mine before, so it's no surprise that there won't be no yellow brick road to help out in this destination for our half-naked escapists! 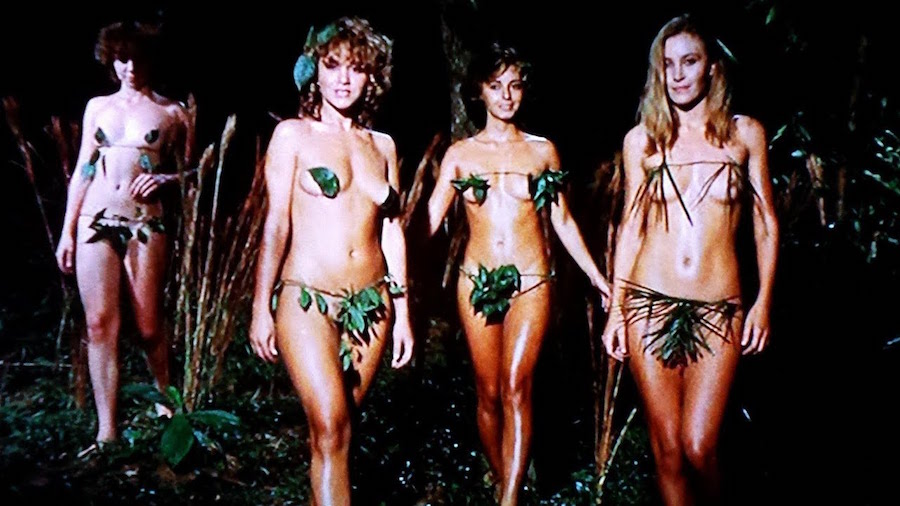 Having been familiar with Oliveira's previous Women-In-Prison flick, Bare Behind Bars, I was expecting to see more of the same with this Amazon Jail. Sure, we got plenty of oversexed themes to feast on, as well as tons of nudity, to satisfy those who want the most in their sleaze. But the explicitness of that previous movie has been toned WAY down for this one. Nothing to report on the shock value here. But one thing I do want to point out that does manage to be a little bit of a "shock". And that's if you know your WiPs, you know that the film always has to conclude with the explosive and action-packed revolt/escape. But in this movie, the escape occurs a lot earlier than one is used to seeing. This means that the viewer could be in store to see something new and special ahead towards the climax. Instead, it's clear the filmmakers just ran out of ideas once the girls are set free. The jungle-survival angle falls flat and the untrustworthy gold-diggers that the girls eventually run into don't provide any threatening menace. If there are a few things that I happened to like about this movie, it would be the slightly-innocent way of handling the slave-trade business (The girls seem to only be used for providing some pleasing, sexy dances for their clients) and that the English dub tends to be a riot (Just because a few characters resemble U.S. southerners in wardrobe and setting, this means that they're given southern drawls. Yuk-Yuk!) but I wouldn't be sure if that's enough to have this one ranked as a treasure in the beloved Women-In-Prison genre.