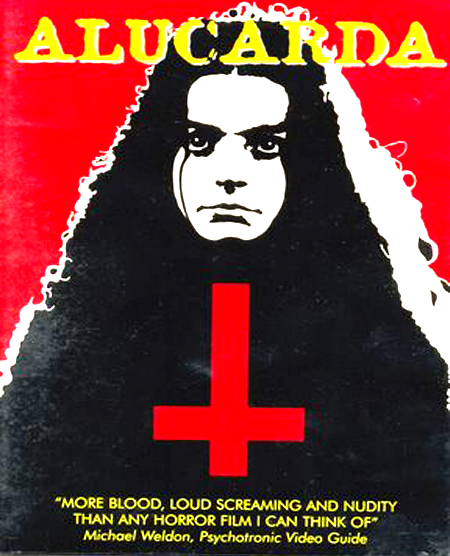 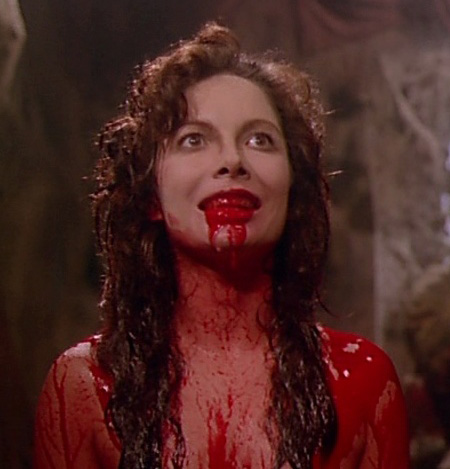 Alucarda (Spanish title: Alucarda, la hija de las tinieblas, or Alucarda, the daughter of darkness) is a 1978 Mexican horror film directed by Mexican horror filmmaker Juan López Moctezuma, starring Tina Romero in the title role. Often thought to be based on the 1872 novella Carmilla, it revolves around two teenage orphan girls living in a Catholic convent, who unleash a demonic force and become possessed by Satan. Although it was made in Mexico, it is an English language film.

Alucarda is notorious for its extreme subject matter and themes, which includes that of Satanism, murder, demonic possession, exorcism, orgies, and lesbianism, among other things, within a religious setting. All of these things made the film controversial, especially for the time it was made. Because of its extreme violence, scenes of sacrilege, and perversely defiled religious imagery, it has gained notoriety among fans of the horror genre. The film has been often compared to Ken Russell's 1971 horror film The Devils, and William Friedkin's 1973 film classic The Exorcist, because Alucarda was released within five years of both of them, and because they share similar plot themes.