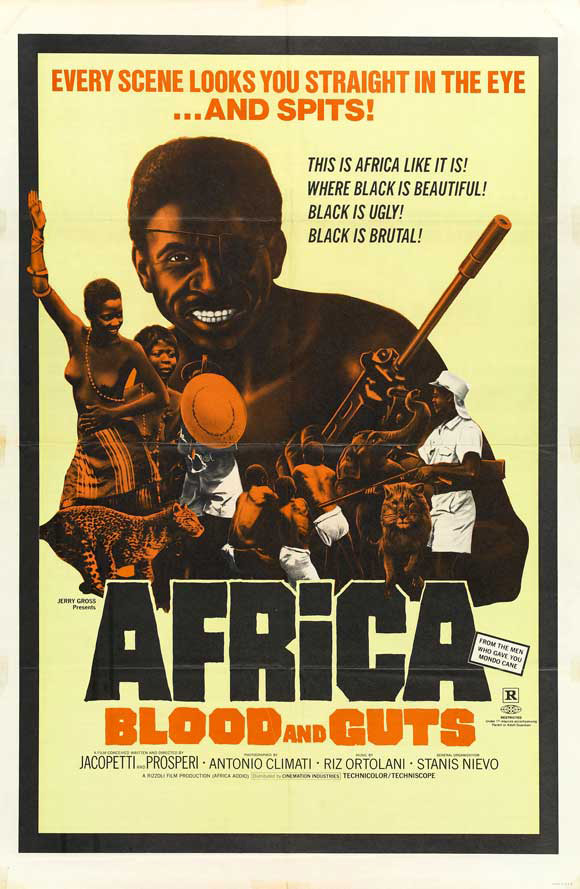 Africa Addio is a 1966 Italian exploitation film about the end of the colonial era in Africa. The film was released in a shorter format under the names "Africa Blood and Guts" in the USA and "Farewell Africa" in the UK. The film was shot over a period of three years by Gualtiero Jacopetti and Franco Prosperi, two Italian filmmakers who had gained fame (along with co-director Paolo Cavara) as the directors of Mondo Cane in 1962. "Africa Addio". It is included in the "Mondo Cane Collection" currently being distributed by Blue Underground.