While promoted as a sequel to Anthropophagus this quickie with direction and cinematography by Joe D’Amato and written by George Eastman is nothing more than an Italian version of Halloween. Anthropophagus was set in the Greek Islands and this film takes place in America. Though that’s not to say Absurd doesn't deliver in the entertainment department. 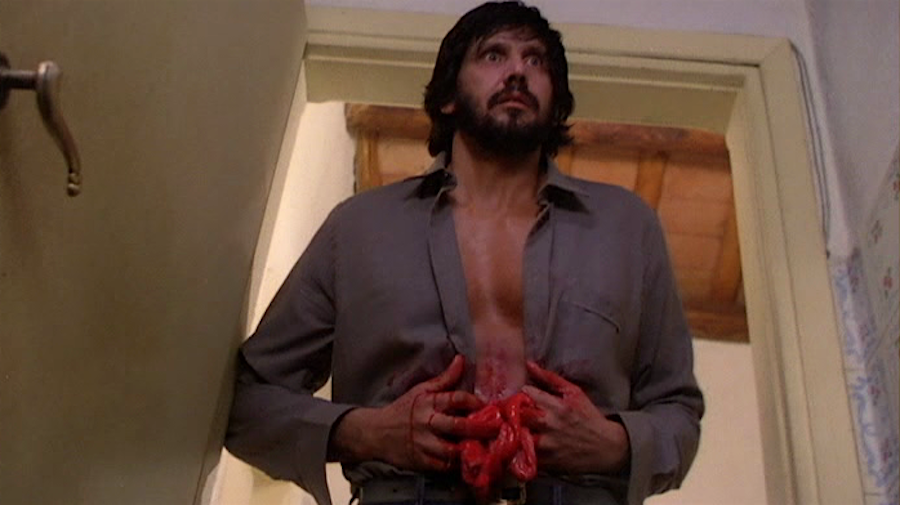 Edmund Purdom from Pieces plays The Priest sent to destroy the ‘Bogeyman’ played by Eastman. Eastman's character Mikos is a Greek man that’s almost invincible. The film gallops along at breakneck pace as Mikos attempts for unknown reasons to break in the home and murder everyone there. The most exciting and suspenseful sequences involve Eastman seeking a bedridden teenage girl named Katia.

The film is hybrid blend of a slasher and a giallo. The first half of the movie plays like a conventional slasher of the period. Right down to the music played as Eastman kills, the music is almost a direct copy to Halloween. Then in it’s final act Absurd resembles a giallo. The cat and mouse. The hunter and its prey. This part to me is where Absurd comes alive. 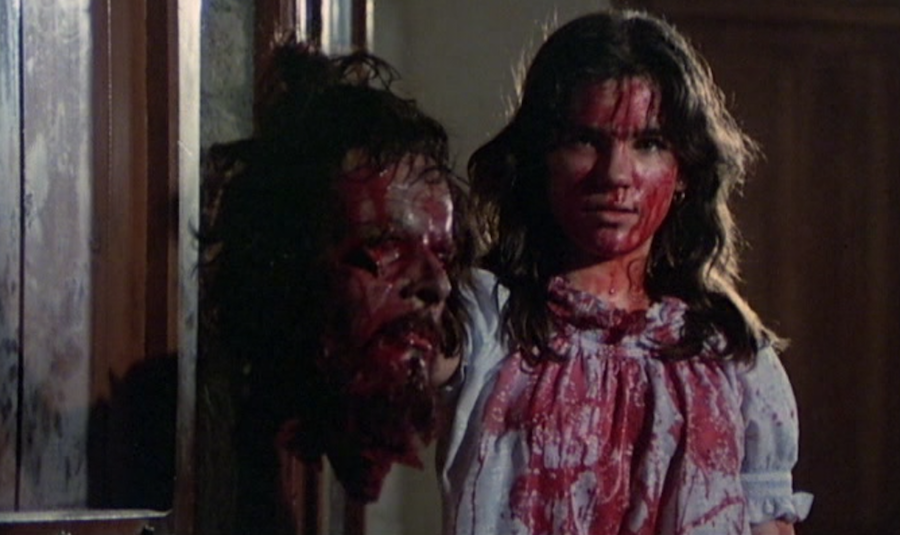 D’Amato delivers the expected gore in Absurd. Spectacular scenes of a drill through the head, saw through the body, a woman being cooked alive in an oven! Absurd is a forgotten gem from the early 80’s, as more people are familiar with its predecessor Anthropophagus. Enjoy this film for what it is: a cheap spaghetti grindhouse film imitation of Halloween, but with a Joe D’Amato twist!