It may all sound like a lot of action-filled fun, but underneath the premise actually lies a culturally and politically-driven film. Numerous times we, the audience, hear perspectives given by both Kincade and Abar about the social and economic differences that have not only divided the whites, (Who are some real HATEFUL bigots in this one!) but there's also the separation between the blacks in the ghetto and the blacks (like Kincade) who seem to sell-out and live in fancy homes in the suburbs. And all the while, excerpts from Martin Luther King's "I Have A Dream" speech often plays over several scenes throughout the movie. 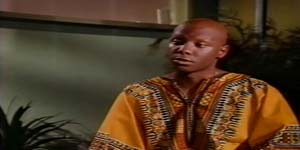 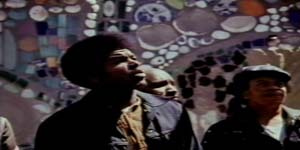 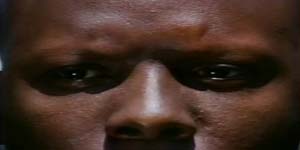 But the film doesn't always have to resort to a non-stop barrage of political matters for the adult viewers. Not only is there enough going on to appeal to younger viewers with the superhero aspect (more on that in a bit), but there's even some time taken out to have Kincade's son to have a dream about Deadwood Dick, a legendary black gunslinger from the Wild West, who comes to rescue Kincade's family from white marauders, almost similar to the real-life events that the Kincade family are currently experiencing. Deadwood Dick (in the form of Abar) shoots down the honkys (in Clint Eastwood style!) and tips his hat to the family and rides off into the sunset. And finally, we get to the origin of Abar, The Black Superman! Now even though it takes a very long time for the super-heroics to occur (you have to wait well over an hour into the film to finally see this happen) yet it's certainly worth the wait to see how Abar puts his powers to use while calmly strolling through the rough streets of South Central Los Angeles and battling crime. But there's one last mission for Abar to accomplish: Payback time for Kincade's ignorant neighbors! 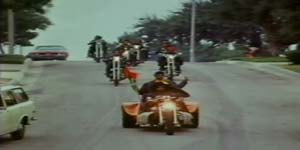 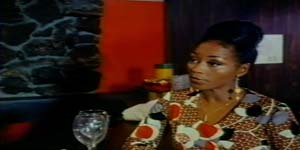 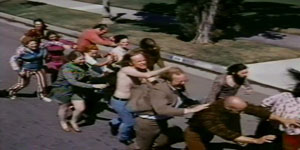 There's obviously good intentions going on with this film the way the filmmakers blend real-life heroes together with fictional heroes for signs of hope and encouragement for those from oppressed times, but you might be wondering how well all of this actually translates for the final product, right? Well...let's just say that if you're not a fan of low-budget films, then you should definitely stay the hell away from this! The film is certainly there to be laughed at when it comes to acting and executing. Walter Smith gives one of the most wooden performances I've ever seen. Tobar Mayo as Abar, at times, is in the same range. But his style of acting quickly grows on you and becomes redeemable once he's in superhero mode. But even the most serious scene in the movie (Involving the death of a major character) is handled so badly that you can't help but to bust up at the absurdness of it all. And there's a reason why Abar's superpowers are mostly regulated to psychic or telepathic abilities because there obviously was no budget to for him to do anything else. But don't try to fret at these limitations too much because there are some interesting and entertaining things that happen when those hateful neighbors are subjected to Abar's wrath!

So again, if you can handle the charm of wonderful B-Filmmaking, then you should definitely be in warm hands with Abar, the First Black Superman. There certainly isn't anything else like this to be found in Blaxploitation. Or even general cinema for that matter!