Michael and Roberta Findlay were gaining notice in the grindhouses as being the creators of some of the most twisted Sexploitation films ever. Not only was the "Flesh" trilogy a demented ride, there were other films to prove their Sin-ema greatness like Take Me Naked which blended tales from the gutter with. believe it or not, classic poetry, This film, however, really went for the manic lunacy complete with a messed up tale, some Soulful sounds that are a mark of Classic-era Findlay films, and another starring role for Michael in yet another psychotic role. Hey, when the formula works, go for it!

The opening scene sets up the tale of the fate of one Richard Davis (Mr. Findlay under the name of Robert Wuesterwurst), tired of his nagging wife (Roberta Findlay, under the infamous Anne Riva name), stabs her dead - Really a fast plot device to move the story along in order to let Roberta do more of the Behind the Scenes work on the film, kind of like the "Tied to the Pool Table" moment at the start of Satan's Bed. Putting Mrs. Davis into the car, he rides out to the nearest shore to dump her, knowing that the area is far away from any kind of civilization to notice such a crime...but, then again as we are in Findlay World, the unexpected always happens for the weirdest. Mr. Davis does the last thing to do when carrying a dead body in a car by picking up a couple of hitchhikers named Maggie and Jackie (Erickson and Boyce, both in wigs), one of them deciding to have a little "Lunch" with him (Although done "Softcore" style, as this was a couple of years before Mona). After quickly find out what's happening, they decide that "He's our boy!" by directing him to their remote house to make him a slave for their own "Artificial Insemination" purposes, for they are lesbians. 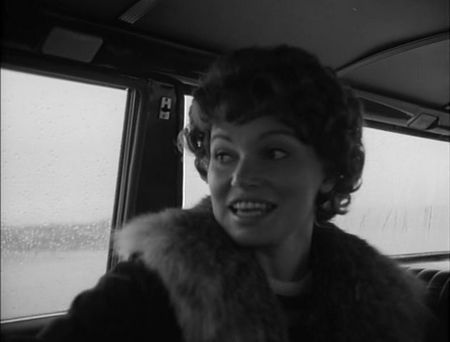 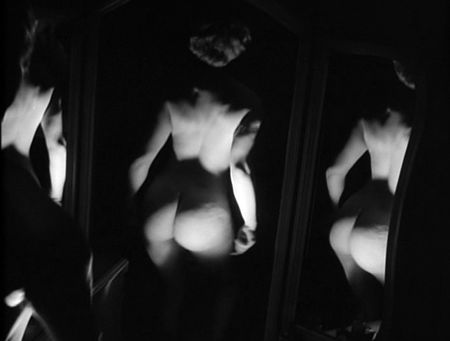 Inside the house, taken care of by someone names Bruno (Amero), Mr. Davis meets Belle (Brent), happy with the Perfect-in-a Findlay-Movie-creation known as "Baby," an adult lady in diapers (Lewid), and right away has a dislike for him. A classic Micheal Findlay moment happens as he looks at the scene and thinks "I've seen some nuts before, but these two must have escaped from a fruitcake!" in that classic Richard Jennings style made famous from the Flesh trilogy. Still, "Baby" seems to like the new visitor much to the dismay of Belle.

After drugging Mr. Davis and keeping him in their house, he meets up with another lady in the house named Anne (Stone), who also takes a liking to him, and things lead up to an "party" in the place that's dominated by plenty of Roughie action that really is one of the more demented moments in Findlay history. Trying to escape, Davis gets caught by Bruno in a well shot fight by the bay, showing off the early Winter location scenery that gives more of a "You can't get out of this" feeling, and returns to the house only to be tortured by Maggie and Jackie as they rest his feet really near the fireplace. It all winds up in a battle of the demented winding up with a finale featuring Belle and Anne happy together as they walk along the pier in the Winter time.

The dynamics between Erickson and Boyce are great usual although this time they are at a sadistic level not found in many of their other films together (one has to see films like Mnasidika for some of their best more erotic dynamic duo scenes) while Brent shows off a more masochistic side to her appearance in the party scene. Michael Findlay is great, and everyone else, all well known in Mid-Late 60's New York Roughies by this time, add to the sordid tale very well along with the excellent photography. Although some may say that this is only partially great, fans of the Findlays rank this among the most demented films they ever made.