A Quiet Place In The Country/Review

< A Quiet Place In The Country

One day Leonardo stumbles across an old and apparently abandoned villa out in the countryside. Convinced that a retreat from the modern pressures of city life will inspire him to be more creative he persuades Flavia to rent the run-down house. Living in the almost derelict building with only a young maid for company Leonardo starts to behave like a little boy; running around, exploring and at one point pretending to be a soldier, hiding behind overgrown weeds in the garden, when Flavia pays him a visit.

When an unseen intruder wrecks his canvases in the middle of the night, and with a mysterious figure leaving flowers outside the bullet hole ridden garden wall, Leonardo begins to wonder if the villa may be haunted. Sure enough the creepy locals gossip about a girl called Wanda who died at the house when she was only 17 years old. Apparently Wanda was so beautiful every man in town fell head over heels for her and in spite of her age she had many lovers.

Leonardo too soon falls under the dead girl’s spell but is she simply a seductive myth attractive to his damaged ego because she poses no threat to his impotence or is there genuinely a phantom in a red dress wandering the villa at night? The anguished artist travels to Venice to track down Wanda’s mother but it becomes increasingly difficult to know what is real and what is simply a figment of Leonardo’s delusion. His unhinged behaviour reaches fever pitch when he invites all the local townsfolk to the villa for a séance in the hope of evoking the spirit of the dead girl. 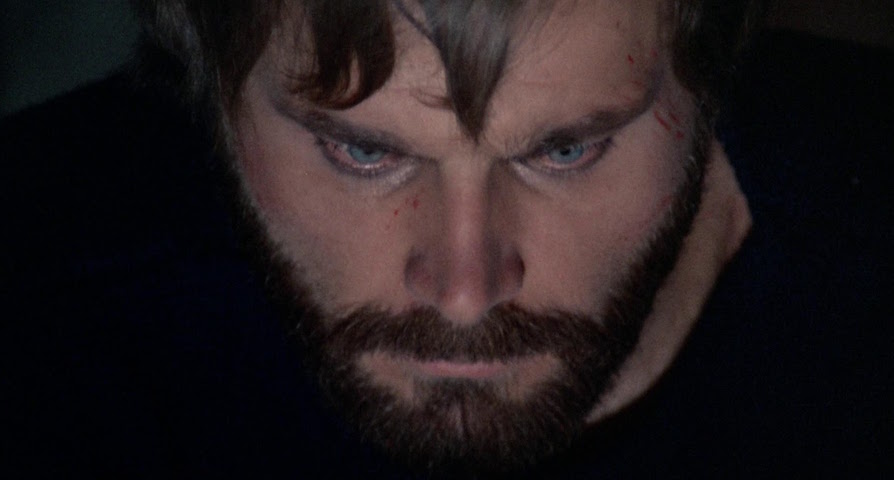 A straightforward plot synopsis is difficult as ‘A Quiet Place In The Country’ is loaded with feverish dream sequences and surreal hallucinations all of which conspire to blur the definitions between the real and the imagined, the past and the present. Mirrors and the colour red are symbolic visual motifs that re-occur throughout the film and take on increasingly sinister significance as the true nature of Wanda’s death and Leonardo’s fractured psyche reveal themselves.

Ennio Morricone's score is both playful and sinister; none more so than on the first night that Leonardo spends in the dilapidated villa when it builds to a discordant cacophony that is absolutely unnerving.

The narrative is multi-layered with mystery stacked upon mystery and although not a traditional ‘giallo’ by any means it’s characters have enough hidden motives and murderous impulses to qualify it as such. Director Petri maintains the tension and intrigue through to a shockingly brutal climax and cruel ironic twist. He also wrote and directed the equally difficult to categorize ‘The 10th Victim’ starring Marcello Mastroianni and Ursula Andress.

As they both feature sexually repressed protagonists losing their grip on reality ‘A Quiet Place In The Country’ appears to be a superficial cousin to Roman Polanski’s much more well-known ‘Repulsion’, however it’s rural Italian setting, town full of creepy characters complicit in a mystery and a building that harbors a disturbing secret history also bring to mind Pupi Avati's macabre masterpiece ‘The House With Laughing Windows’.

At the centre of all this is another superb performance from the always dependable Franco Nero. What could have so easily turned out as a ‘wild & crazy guy’ caricature of the variety Jack Nicholson phoned in for Kubrick’s terminally overrated ‘The Shining’ instead becomes something tragic, farcical, frightening and sympathetic in Nero’s capable hands. A brilliant performance in a brilliant film. Highly recommended.