A Lizard In A Woman's Skin/Review

< A Lizard In A Woman's Skin

The giallo is a really interesting sub genre that a lot of film geeks rave about. I happen to be a big fan of gialli myself and I've seen several by different directors ranging from Sergio Martino: (Torso, The Strange Vice of Mrs Wardh) to Dario Argento (The Bird With The Crystal Plumage, Deep Red). What I always found most intriguing about many gialli is the way cinema storytelling is used to confuse and exhilarate the viewer. The gialli have this strange, psychadelic imagery that use dreams and nightmares to blur the line between the subconscious and reality. It's just a beautifully dark and twisted genre I cant seem to get enough of. Lucio Fulci's "A Lizard In A Woman's Skin is one of the best of the gialli in my opinion. I think Fulci knew the thriller/horror genre like no other director and he definitely had a talent that wasnt fully appreciated while he was alive. You can see by Fulci's direction and creativity in this film that he was no amateur filmmaker. In fact, I feel he was a groundbreaking visual stylist that used the camera to a brilliant degree. 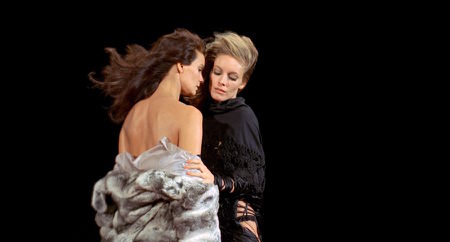 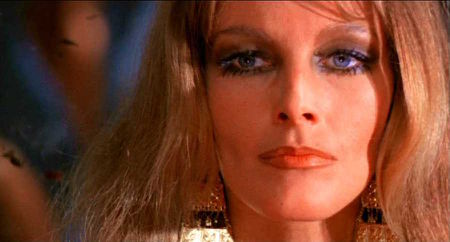 A beautiful woman named Carol Hammond (Florinda Bolkan) is the daughter of a rich local politician (played by Leo Genn). As the film opens, we see Carol inside a train, she seems to be panicking and trying to open the doors of the coaches, then suddenly she's inside a large hallway with a naked orgy going on around her. Carol dreams about a woman who happens to be her own neighbor, Julia (Anita Strindberg). In her dream, the two come together and have a brief and very erotic encounter. Carol moans with pleasure as the woman kisses her, then suddenly she wakes up. Carol writes down in her personal journal the dreams she's been having. When she goes to see her shrink, she explains to him these different dreams and he tells her they are a way for her to get out repressed sexual desires. When Carol returns to her flat, she is becoming more obsessed with her beautiful neighbor Julia. As she sits and eats dinner, Fulci employs a few quick split screen sequences to show the opposite lifestyles of both women. While Carol sits in her dull apartment, Julia is holding psychadelic hippy parties with lots of drugs and music.

One night as its raining, Carol is alone in her room and she dreams once again about making love to Julia. Carol is dressed in a sexy fur coat with white scarf and slowly makes her way to Julia who is naked. As they come together, Carol takes out a letter opener and begins to stab Julia over and over until she falls down bloody and dead. Carol doesnt notice two other people in her dream, watching this from a balcony. They are two hippies. Then we see close ups of their eyes, which have the trademark Fulci white look (they are blind). Carol goes to see her shrink again and tells him about what happened in this new dream. He explains that the dream was in effect a subconscious break from her repressed feelings. The only problem is, Carol finds out later that Julia was in fact murdered the same night in her flat. Even more stunning is the fact Carol's own letter opener and fur coat were found at the scene.

Carol is in shock and doesn't know what to believe. Did she do it or did someone read her diary while she slept and murder Julia for unknown reasons? The rest of the film, the Inspector (Zulu's Stanley Baker) and Carol's father ( and husband (Jean Sorel) are caught up in this mystery. The police bring in several suspects including a strange hippie with red hair who seems crazy enough to be the killer. The police take him away and find out it wasn't him. One day, Carol goes shopping in London, and out of the corner of her eye, she sees two hippies watching her. They are same two hippies that were in her dream.

Carol is brought to a mental clinic for rest and she seems to be alright, until she senses someone is watching her. She runs inside and begins to freak out. She is in a large empty hallway just like in her dreams. When Carol is out horseback riding the curly haired hippy from her dream appears. She tells Carol that if she wants to know who the real killer is, to go to a large cathedral for a rendezvous. When Carol arrives, the door suddenly closes behind her and she realizes she's stuck inside. Instead of an unseen killer with black gloves (as in most gialli), Fulci uses a leather clad biker as the maniac out to get Carol. This is one of the film's most memorable sequences and one of my favorites from Fulci. Carol is chased through the dark basement of the church and the suspense and excitement will make you sit on the edge of your seat. It has one of the best "flying bat attack" sequences in it as well. In most every Fulci film you see, there is some kind of excellent special F/X work by the Italian artists. For this film, Fulci worked with Franco DiGirolamo and Carlo Rambaldi (ET: The Extra Terrestrial). As I've said before in my previous Fulci reviews, the special effects work by the Italian crews was brilliantly done. These folks were masters of creating all kinds of great visual effects for films. Instead of using millions of dollars for fake CGI, these men were artisans who crafted something physical from scratch. Really impressive when you look closely at what they did. 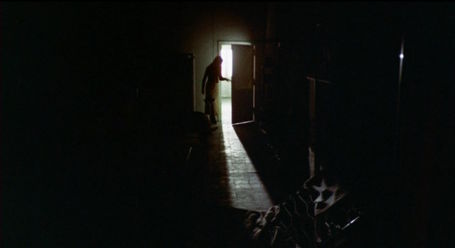 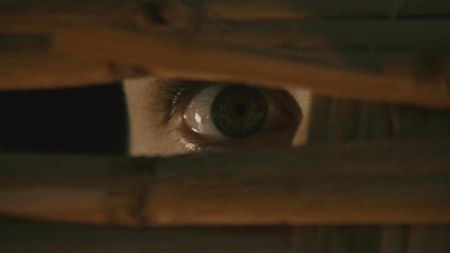 Fulci's direction in the film was definitely spot on and he uses several great visual effects including split screen (this film came out before DePalma's split screen work in Sisters), slow-mo, snap zooms and his trademark deep focus, as seen in his later films like The Beyond.

THE ITALIAN UNCUT VERSION: The original uncut 98 minute version of 'Lizard' contains three extra minutes from the original film which features: 1) some extra nudity between Florinda Bolkan and Anita Strindberg, 2) a phone conversation between Balkan and her neighbor and 3) the nasty scene with the "eviscerated dogs" at the mental health clinic where Balkan's character is visiting.