< A Bucket of Blood

Inside "The Yellow Door", a Beatnik club which hosts poetry and art, lies a lonely busboy named Walter Paisley (Dick Miller). Walt's desperate to become one of the club members as an aspiring artist. Instead, he's just constanly being ridiculed by club-owner, Leonard deSantis (Anthony Carbone) to only serve coffee and clean up the trash. It doesn't help that he's also considered to be the laughing stock by a majority of the rest of the club's crowd. But Walter will show them. He'll show them all what a "Genius" he will soon be! Back at home, he wastes no time in trying to get his first clay sculpter off the ground. But he's interrupted by his land-lady's cat who's stuck inside one of the bedroom walls. Walter tries to free the cat by opening a hole in the wall with a knife, and...Oops! He just accidentally stabbed and killed the poor kitty! But Walter is reminded of the great words he recited from The Yellow Door's most popular poet, Maxwell Brock (Julian Burton), the words give Walter the inspiration to make a certain kind of art that no one has never seen. And it all starts with a dead cat covered in plaster. Walter's "artwork" soon creates a buzz within the public and there are demands for more exhibits. But in an unusual plot-point, Leonard becomes aware that there's actually an animal underneath the plaster and looks to expose Walter as a fraud. But the success of Walter's work begins to generate high-priced offers from art collectors. Leonard can't say no to a little wealth, but he also can't stomach the idea of Walter taking the extra step in creating "human" sculptures. Sure enough, in a subplot involving an undercover cop, Walter creates a sensation with his new masterpiece called "The Murdered Man". Now branded as a "Genius", how far will Walter possibly go now? 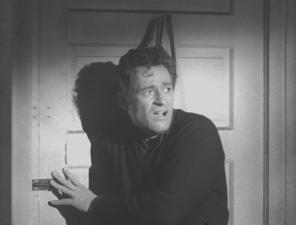 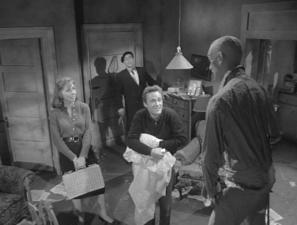 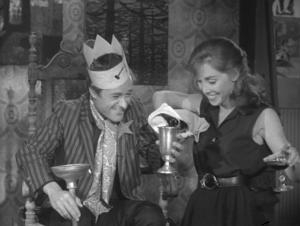 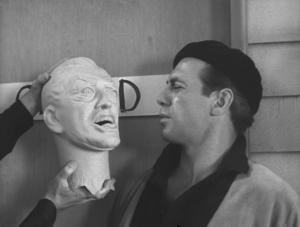 This smart, dark comedy from Roger Corman marked a high-point in Corman's career. Not that it was a huge blockbuster to that degree, but it has had lasting, influential success. One could say that this could have been used as a blueprint for the slashers to come. If that's true, then I couldn't have asked for a better granddaddy other than Dick Miller to become exploitation-cinema's first memorable serial killer. Miller nails the troubled loner to an absolute tee. Demonstrating great sympathy from the crowd in the early going as well showing great range while he's at his most greedy when his "Rags to riches" tale has peaked. Many of today's generation know Miller from his long career of bit parts and cameos for over 30 years, so to see him finally given the chance to carry a film by himself was a surprisingly, rewarding experience. He couldn't have asked for a more special role. As for Corman's directing, you never feel that you're a victim of his "No-time-to-lose" method of filming. I felt that every moment of the movie couldn't have been written,shot or acted better than what survives on the screen. Can you tell that I love this film? I'm not kidding when I say it's my favorite work by the Corm-meister. It's a fine, fun piece of work that still holds up incredibly well.