A Boy and His Dog/Review

Before the "post-apocalypse" genre film trend became popular in the early 80's, A Boy and His Dog had been a pioneer by presenting something new and fresh: A world after the 4th World War. I mean, good lord! Many people had thought about World War III since the 50's but World War IV? That only reflects our stubborn nature to make war instead of talking to each other. Anyway, before we get to the movie itself I want to talk about the trailer. First off, DO NOT watch the re-release trailer from 1982. Not only does it have a new poster for the film (which is worse than the original), it also gives you too much hype. Go and watch the original trailer instead. Although it looks EXACTLY like the trailer for Kubrick's A Clockwork Orange, it fits the tone of this film perfectly...I'll tell you the reason why later.

The film begins with the text "World War IV lasted five days. Politicians had finally solved the problem of urban blight......2024 A.D.". Then, we see the journey of a boy named Vic (played by the great Don Johnson) and his dog "Blood" (voiced by Tim McIntire). Blood isn't an ordinary dog. He's telepathic and has the ability to "talk" with Vic. Their life is simple. They drift through a desert dystopia while Vic searches for food for Blood in exchange for the Blood's power to find women. Every day is the same until they meet Quilla, a beautiful woman who "lures" Vic into the Downunder, an underground society that eagerly needs someone outside to donate sperm so every woman in the town can have babies. Unfortunately, Vic doesn't listen to Blood's warning and decides to go down there. This leads to a weird adventure with Vic and the shocking conclusion of the film.

In my opinion, Vic is the post-apocalypse version of Alex from A Clockwork Orange. Although Vic is not addicted to ultraviolence, he has similar traits. He has no moral code and will always do anything to get food and women. There's a scene that shows Vic patiently waiting and then stealing food from other people. Also, he has no sympathy for other people's lives at all. In the very first scenes, Blood detects a woman so Vic decides to get her. What he finds is a woman who is beaten and almost dead. Instead of showing sympathy, Vic just expresses his disappointment and has a "Damn it!" attitude. This reminds me of Alex DeLarge who has no sympathy for his victims either. Whether it's a homeless man or a woman who gets raped by him. He's just doing things for fun. Also, I think society is the main factor for their behavior. Alex becomes a psychopath because of the weakness of law and order, while Vic becomes wild because of the poverty caused by both World Wars (3rd and 4th). It causes Vic to become a drifter in order to get food and since the women are pretty hard to find, it turns him into a roving sex machine.

The relationship between Vic and Blood is also just like the relationship between Sonny Crockett (also played by Don Johnson) and Ricardo Tubbs in the first episode of Miami Vice. Vic has an aggressive attitude and gets an angry easily while Blood is calmer and turns his power into useful information. To sum up, Vic uses his feelings while Blood uses his knowledge. This leads to arguments between them and creates a lighter tone within the movie.

By the way, I think the Downunder (a society underground) is pretty important and should get mentioned. It's a society that has many cities and one of them is Topeka. Topeka is a weird town that looks exactly like the ideal 50's American Dream setting. People live happily there, except if you defy the city's oversight committee you'll be sent to "the Farm". In other words, you'll get killed if you don't respect the rules. To me, it's like the caricature version of the American ideal because the "American" (see quotations?) ideal is people that have sex ONLY when they want children. It also has really strict laws and people "live happily ever after". In Topeka, people can't have sex to get babies because they've been in the underground too long. They want Vic, who is from outside, to donate his sperm to 50 women! Doesn't that sound scary? 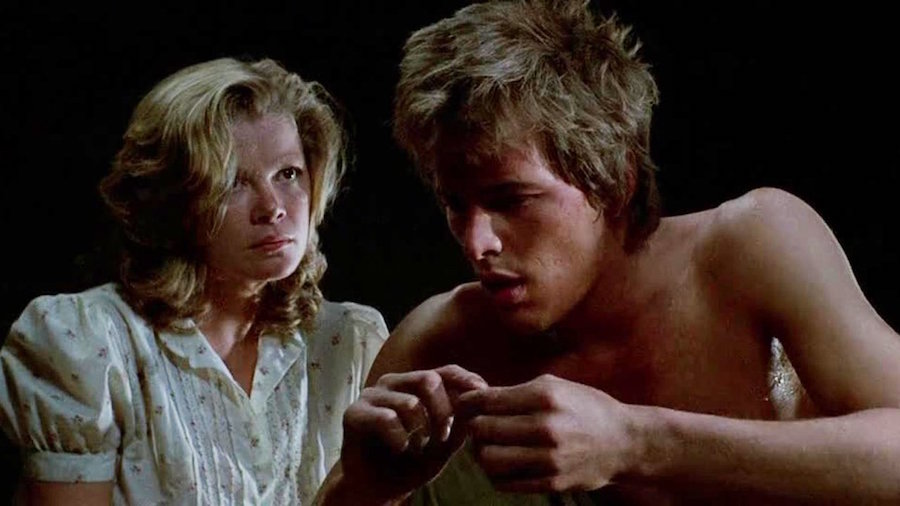 What more can you say about A Boy and His Dog? The visuals looks stunning and from what I've heard, George Miller used this film as inspiration for visuals in his Mad Max sequel The Road Warrior. The screenplay is derived from Harlan Ellison's short story, and the film won Hugo Awards for Best Dramatic Presentation. A Boy and His Dog is a really entertaining post apocalyptic adventure and deserves a lot more recognition. Recommended.