Back in the early 80's the fears of World War III were envisioned in post-apocalypse flicks like Escape From New York and Mad Max 2. And as all of you might know, Italian filmmakers tried to cash-in on the success of these films with their own versions. There's one title that caught my attention, it's called 2019: After The Fall of New York. 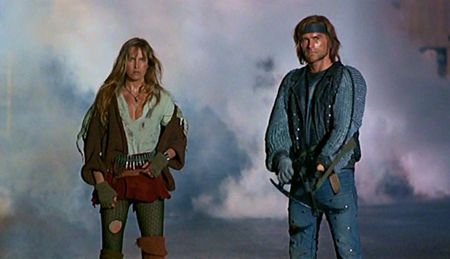 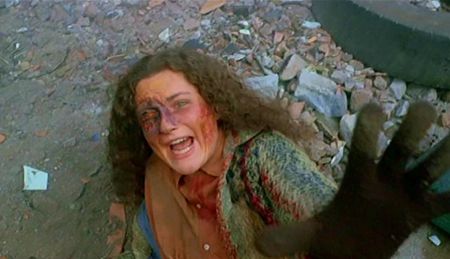 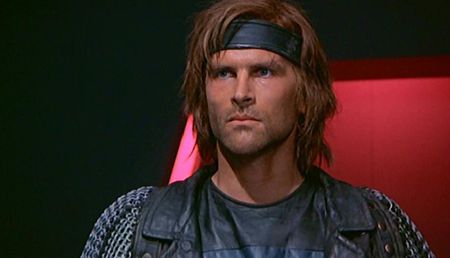 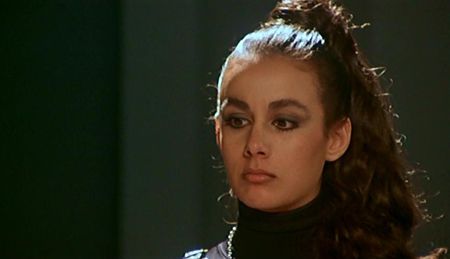 First, the plot is just like a comic book. After a nuclear holocaust, there are two groups of survivors. The first is called the Eurax that claims that they are the winners of the nuclear war so the group try to conquer the world, kill any survivors and capture people to do experiments on. Another group of survivors is called the Pan American Confederacy (no, they are not an airline) but are the rebels that try to fight the evil Eurax. Our protagonist Parsifal was captured and ordered by Pan-Am to rescue the only fertile woman left on Earth. After the nuclear holocaust no babies were born and that led to the end of the human race. So Parsifal has to rescue that woman in Manhattan with two sidekicks....but, of course, it's not that easy. In conclusion this is a story of good vs. evil. Plain and simple. 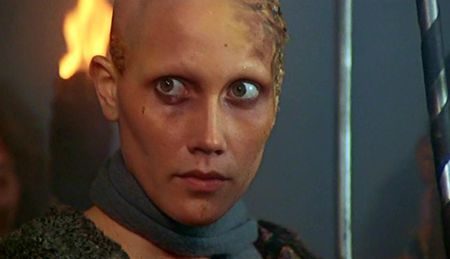 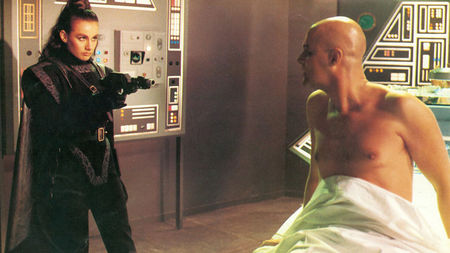 Next, the acting. It's neither good nor bad. It's just the same standard as most Italian B-flicks of the 70s and 80s are known for. Luckily, the soundtrack is pretty cool. It was made by Guido & Maurizio De Angelis. In case if you don't know who they are, they made soundtracks for films like Yor, The Hunter From The Future and Alien 2: On Earth among many others.

Overall, 2019 has good scenery, a kick-ass soundtrack and an entertaining plot which makes this film awesome. Recommended.