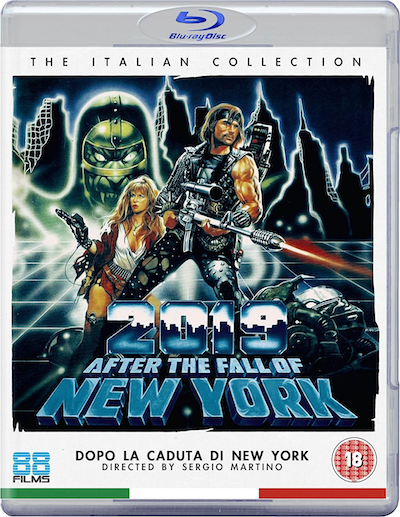 Synopsis: After the nuclear holocaust, society breaks down into two groups, the evil Euraks and the rebel Federation. A mercenary named Parsifal (Sopkiw) is hired by the Federation to infiltrate New York City and rescue the only fertile woman left on Earth. But with all the obstacles ahead, he will need to count on Big Ape (Eastman), and the mysterious Ratchet (Puppo) to accomplish the mission, and save the human race from extinction.

After an endless wait, Sergio Martino's seminal, post-apocalyptic classic comes home, digitally restored and presented in its original scope aspect ratio for the first time ever. Starring Michael Sopkiw (Blastfighter), George Eastman (Anthropophagous), Al Yamanouchi (Endgame), and Romano Puppo (Escape from the Bronx), and benefiting from an amazing synth score by Guido and Maurizio De Angelis (Oliver Onions), revel in what is often considered a neglected genre, the post nuke film. From the explosions & the Rat King to the cardboard cutout New York skyline, sit back and don't jaw with anyone who won't identify themselves. 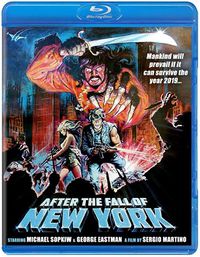