As with any William Castle film, 13 Ghosts (1960) is difficult to critique in the absence of the gimmicks Castle employed for each of his movies. For 13 Ghosts, Castle offered free "Ghost Viewers" meant to enhance the viewers' ability to spot apparitions throughout the movie. The movie was issued in standard B/W and in an enhanced color version with the addition of what Castle coined "Illusion-O." 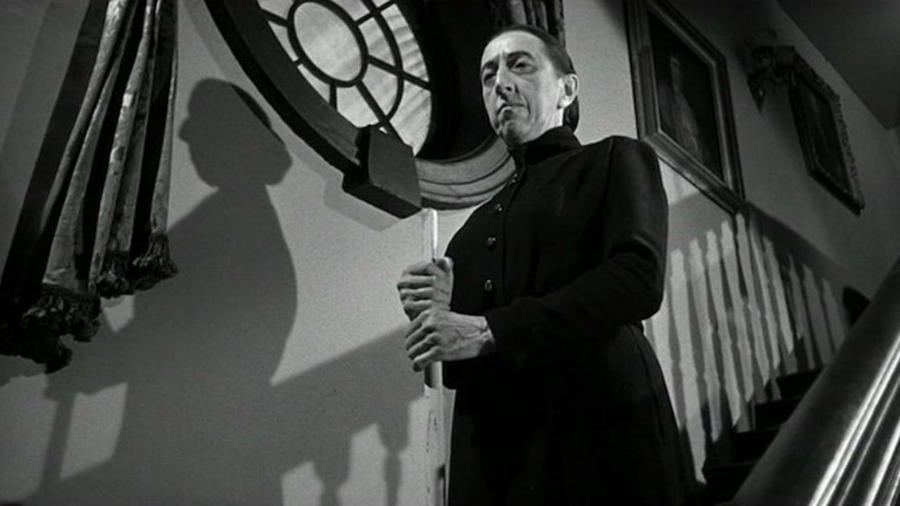 By modern standards, 13 Ghosts is tame. It features Donald Woods as Cyrus Zorba, a down-on-his-luck anthropologist(?), who is at risk of going bankrupt. He receives a letter from Ben Rush (played by Martin Milner), an attorney representing the deceased Dr. Plato Zorba, Cyrus's estranged, occultist uncle who also "collected" ghosts. Cyrus is deeded his uncle's house and moves his family into the Gothic mansion. 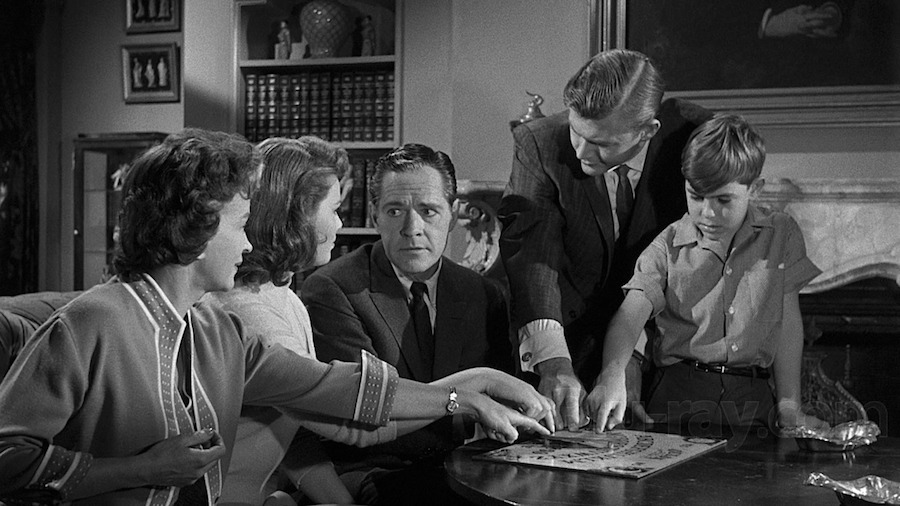 So, combine this premise with the appearance of a Ouija board and the 1960s equivalent of CGI (Castle's ghosts are faded, double-exposed incarnations visible through the "viewer") and you've got a high-camp, low-budget William Castle delight. Needless to say, the fright factor is very low for 13 Ghosts. However, it's fun to imagine what it must have been like to see this in its heyday. 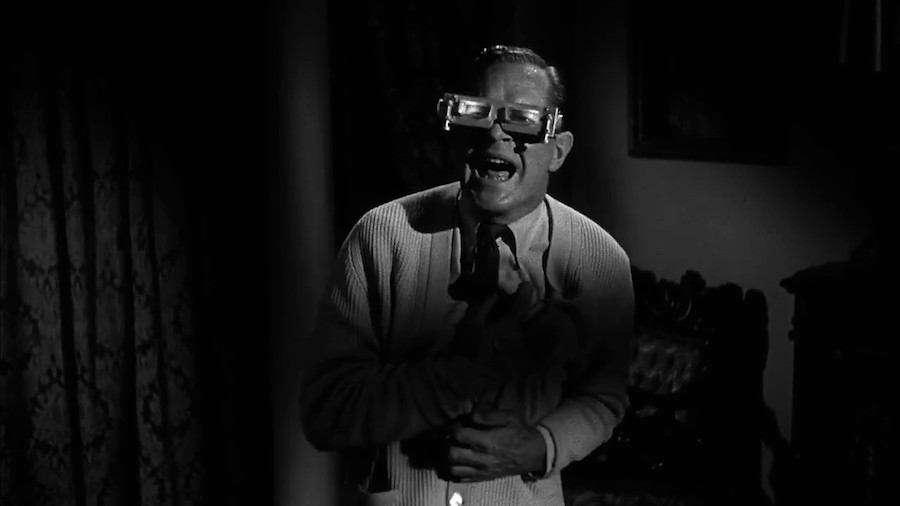 As a side note, the appearance of Martin Milner is interesting. In the same year, Milner also played roles in Sex Kittens Go to College and The Private Lives of Adam and Eve. Both films were directed by Albert Zugsmith (High School Confidential, Confessions of an Opium Eater). The latter film was co-directed by Mickey Rooney. In addition to Milner, Donald Woods would appear in Bill Karn's Five Minutes To Live in 1961. While both actors briefly delved into the exploitation market, they both eventually returned to television.

Overall, this film is for hardcore William Castle fans. If you dislike films that exude a B-Movie feel, then you won't like 13 Ghosts all that much.