Meet Leo Kessler, a 20-year veteran detective who has grown tired of seeing the justice system work against him. Now on the hunt for a dangerous psycho-sexual slasher, Kessler (Charles Bronson) and his rookie partner, Paul McCann (Andrew Stevens) begin to close in on Warren Stacy (Gene Davis) as his latest murder draws there attention. His airtight alibis prevent the cops from closing the case even though their search has uncovered evidence that he is definitely their killer. Kessler goes against his experience and plants blood evidence on Stacy's clothes to bring a conviction and get the killer off the street at any cost. Once his partner discovers Kessler's crime, the pair stop just short of perjury and Stacy is released to kill once again. 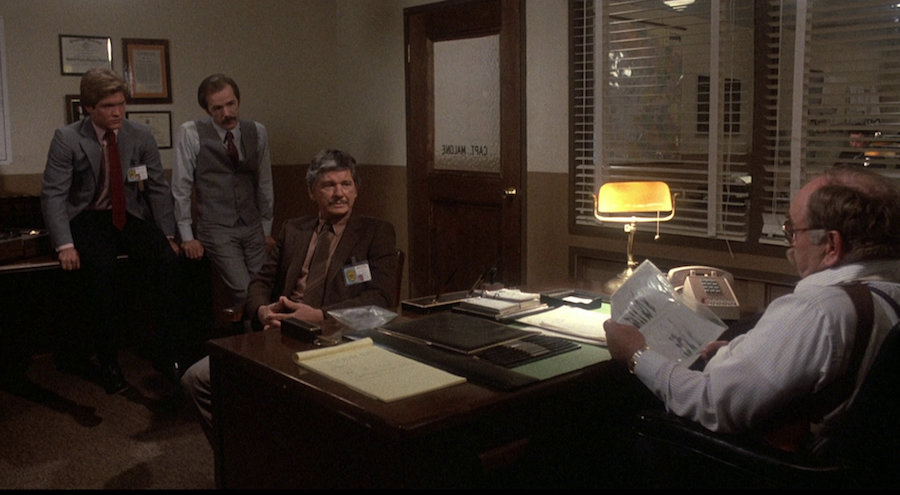 The killer enjoys his newfound freedom by stalking Kessler's daughter and the two begin a dangerous game of cat-and-mouse. Kessler, who has been fired from the force for his actions is now a free agent and decides to stay on Stacy's trail to the point of harrassment. The film wraps in a Richard Speck-inspired finale when Stacy wreaks havoc on a dorm room full of nurses. Once Bronson catches up to the killer, Stacy delivers a monologue explaining his "sickness" as an insanity. "Society will have to deal with me forever!" Although, Kessler takes measures to insure that this will never happen. 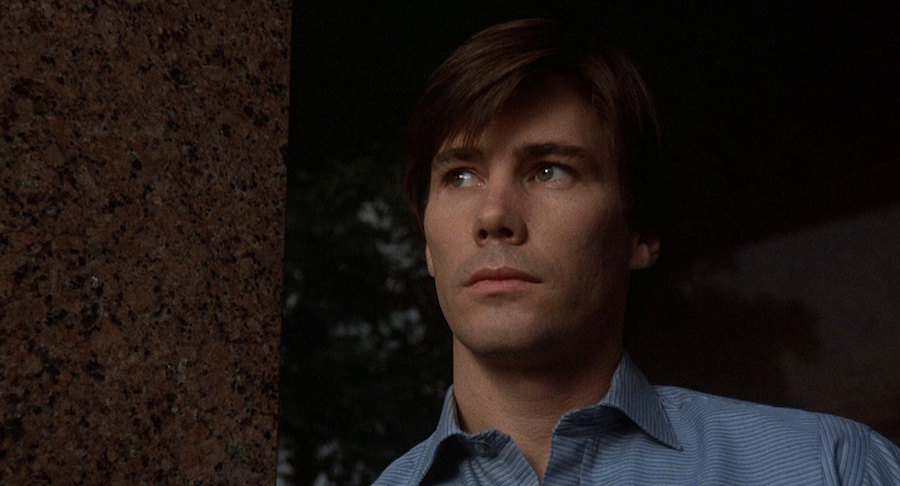 Directed by J. Lee Thompson (his fourth collaboration with Bronson), 10 to Midnight stands out as a gem of Reagan-era sleaze. From the dialog to the ample amount of nudity and violence, the film attempts to salvage a conservative viewpoint by ending with a succinct pro-death penalty message. Shot between Bronson's Death Wish 2 and Death Wish 3, a cursory view of Kessler would display many facets of Death Wish's Paul Kersey's persona however on closer view, Bronson does show at least some range. Where Death Wish's Kersey is continually satiating his vengeance for his family being murdered, Kessler is somewhat more jaded. His experience in law enforcement has shown repeatedly that the system doesn't work. In one point, after he has been fired for planting evidence on the killer, Kessler's daughter sympathizes with him by castigating his partner for turning him in. Kessler admits, "When I first joined the force, I would have done the same thing." While leaving the courtroom after admitting his wrongdoing, a reporter asks Kessler, "Shouldn't you be on trial for your crimes?" To which Kessler replies, "Go fuck yourself," which explains Kessler's attitude throughout the film. With the loss of his idealism, Kessler simply seems tired. His only goal was to prevent more women from being murdered and when Stacy's release brings on more violent deaths, Kessler gives up and works out of bounds of the system. 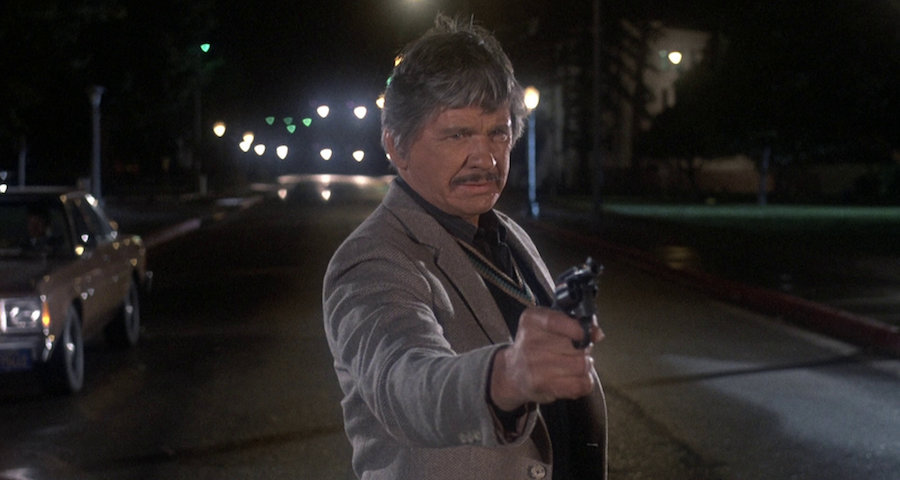 Kessler's outcome is unknown, which solidifies even more the pro-death penalty message. In addition, this film has an advantage with Gene Davis's Warren Stacy. Without doubt, this role provides one of the most perverted, violent characters to be portrayed onscreen in the early 1980s (from an "average person" standpoint not counting Jason Voorhees, Michael Myers, et al). Perhaps only paralleled by Joe Spinell's Frank Zito in Maniac (1980). While the viewer is shown that Warren Stacy is obviously troubled from early in the film, his genius in providing himself with alibis combined with his obsession to strip nude for each of his kills gives the character an edge that was unexplored prior to 10 to Midnight. Additionally, while most of the supporting characters find Stacy to be "creepy," his good looks help him to blend in well and add a certain level of suspense to his behavior, which is compounded by the character's wide swings in mental state throughout the film.

For an early 1980s crime thriller, 10 to Midnight delivers everything you would expect. For Death Wish fans, this movie is must see.